Do you know the amount of plastic that ends up in the ocean every year? It’s around 8 million metric tons. Each piece of plastic takes around 500 years to dissolve and decompose so with that amount, it will take a very long time until the ocean is plastic-free again. All this plastic that is being dumped into the fresh waters of our oceans is killing thousands of animals. One of the most dangerous pieces of plastic that can potentially kill animals is the 6 pack rings.

That’s right, the innocent six-pack ring that holds beers together. Sea turtles are some of the most endangered species from these plastic wastes. But not only, but birds can also get their arms stuck and even seals can choke on a six-pack ring. The Gulf Of Mexico has one of the biggest issues with marine plastic waste. One time that volunteers decided to clean up across a three-mile area, they were able to gather more than 4000 pounds of trash. The situation is critical and something needs to be done as soon as possible in order to save these poor creatures. 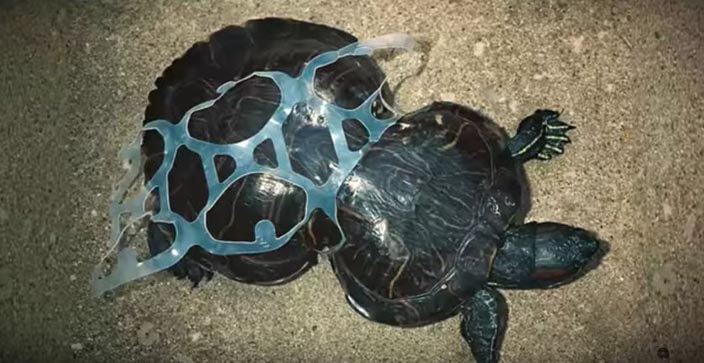 That is why Saltwater Brewery has come up with a perfect solution to this problem. They invented these brown six-packs rings made out of wheat and barley, which dissolve into water. In the first look, they look like they are made out of cardboard, but the truth is that they might serve as food for the wildlife. This brewery in Delray Beach is trying its best to lower the manufacturing costs for these rings so that they don’t have to produce extra waste material. The real aim of the brewery is to inspire other companies, larger beer companies to do the same thing as them.

These rings are made from by-product waste and it is far easier for them to disintegrate while they are thrown into the water.