This story will probably be the most positive and will make you smile the most today. We all love puppies and especially pugs, but this little guy is a different kind of cuteness. This little puppy is 17-months-old and was born with blue eyes and the cutest face you will ever see. Also, he has a rare pigmentation deficiency, which causes him to have blush pink skin and fur. He had probably inherited it from an albino pug down the line. Ping pugs are super rare, they have small paws, a short-muzzled face, and pink skin and nose.

His owner Maria, who is a marketing manager and lives in London, from the moment he saw him and his siblings, knew that she had to take him home with her. The little pink puppy was only 10-weeks-old when Maria decided to take him home. She gave him the name Milkshake and created an Instagram account for him. Having more than 80 thousand followers, Milkshake is the most famous pink pug in the world. 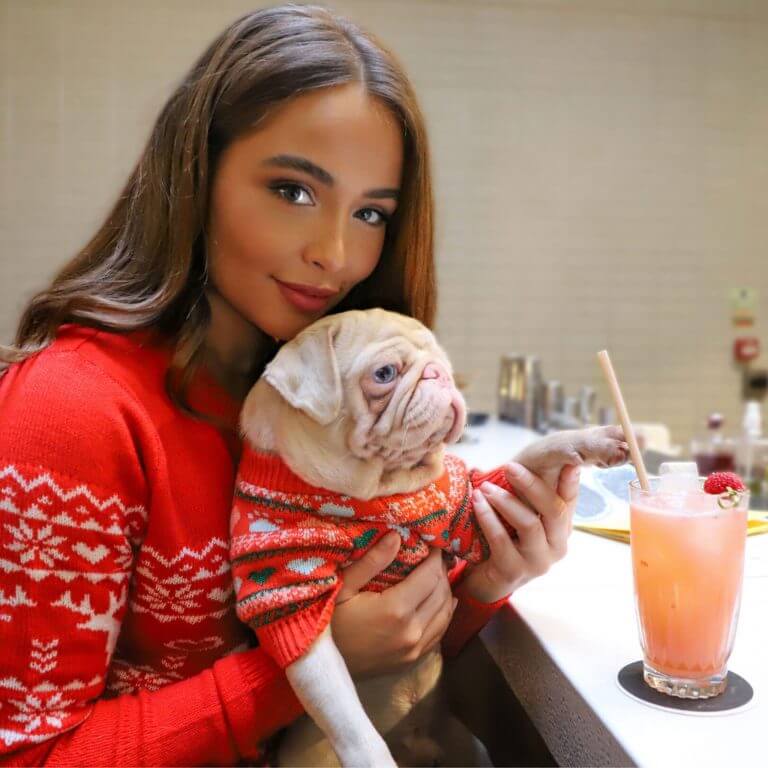 In the beginning, Maria started posting fun photos and videos, and it was not long until people began to follow and enjoy the thing on Milkshake’s page. Maria said that so many people write to her saying that if they had a bad day, they go to Milkshake’s page and cheer up instantly while watching the videos or photos. Seeing all those messages, Maria gets encouraged to post more pictures and videos of Milkshake.

She has even said that some of the people that follow Milkshake on Instagram, have met him. And they have acted like they have seen a famous musician or actor. Before getting Milkshake, Maria didn’t even know pink pugs exist, and at the time she brought him home, there were less than 30 of them in the world. As time goes by, more and more pink pugs have been reported. Now there are around 100 of them around the world. 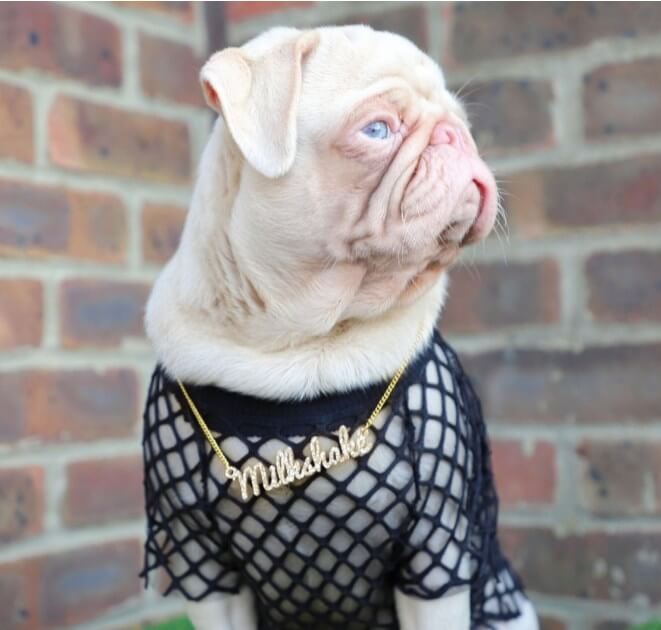 When Maria brought him to the vet the first time, it was declared that Milkshake isn’t albino and that only his skin color was affected by genetics. He doesn’t have any problems like other albino pugs, which can have sight and hearing loss. They can be pretty affected if they are under the sun a lot and have increased chances of getting skin cancer. It is good to know that Milkshake doesn’t have any of those genetics.

Form the moment Maria took him home, they have been playing and enjoying their time together. She often takes him to her work meetings, and to a dog spa once a week. On his Instagram page, you can see that Maria even dresses him up for fancy photo shoots. 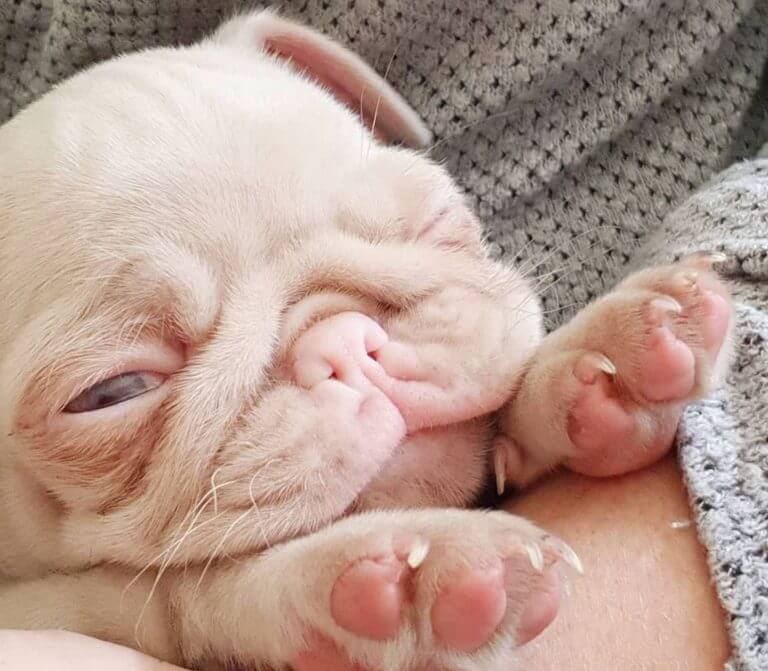 Maria also takes him to dog shows, which he has to prepare and train with a trainer before. We all hope that Milkshake is chosen for some movie because we would love to see him on the big screen.