Ask anyone who’s ever raised a child with Down’s syndrome and they’ll likely tell you how joyous and happy it is.

For too long a time there was a misconception regarding children who suffer from the condition; a view that raising one is a near-impossible task completely different to raising a child without it.

Of course, those in the know are aware that’s far from the truth. Sure, it comes with its own trials and tribulations, but what part of parenthood doesn’t?

In any case, it’s great to see children with Down’s syndrome finally being included in a way they might once have only dreamed of. Just ask the Baxter family from Rochester, Kent, England, whose adorable son Riley Baxter – who suffers from Down’s syndrome – has just landed a modelling job! 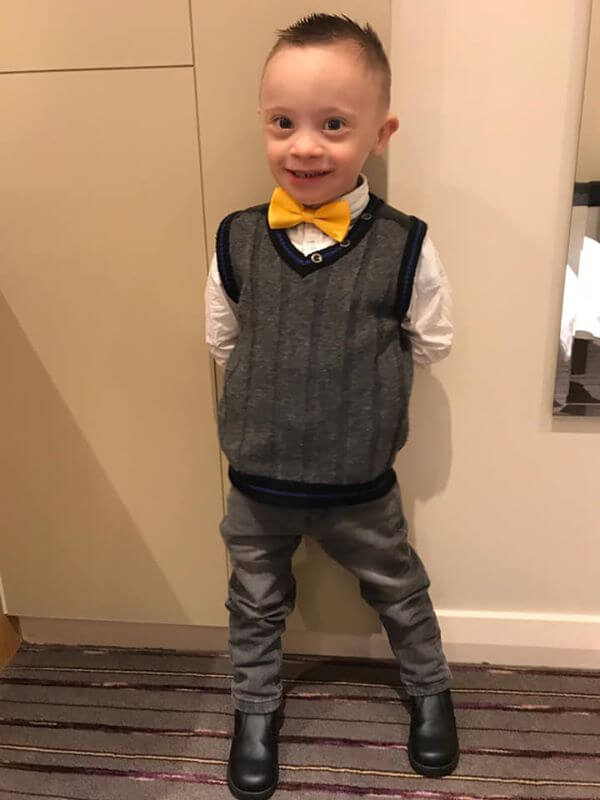 The 4-year-old will be the face of a Mothercare advert, with his infectious smile and charm to be showcased to the masses.

Riley’s dad, Stuart, a sales manager, told Caters News: “We have called him ‘Smiley Riley’ from a young age, because he makes people really happy and seeing his smile gives people a pick-me-up on a bad day.” 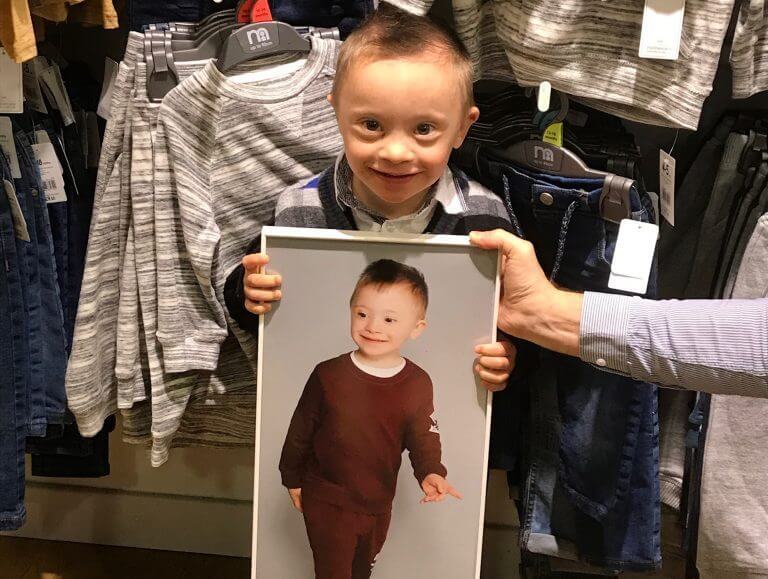 Riley might have Down’s syndrome, but he’s simply not prepared to let that stop him in life. For his parents Stuart and Kirsty his confidence has come as a relief – they didn’t always think it would be so.

The couple were initially daunted knowing that they would be raising a child with Down’s syndrome. They were concerned he would be a target for bullies, or might be denied opportunities others were granted.

However, they’ve since come to learn that’s not the case, and they’ve enjoyed watching him overcome the various obstacles life has thrown at him. Riley, who is mostly non-verbal, has proved a fighter every step of the way, and he’s making huge strides in learning sign language. 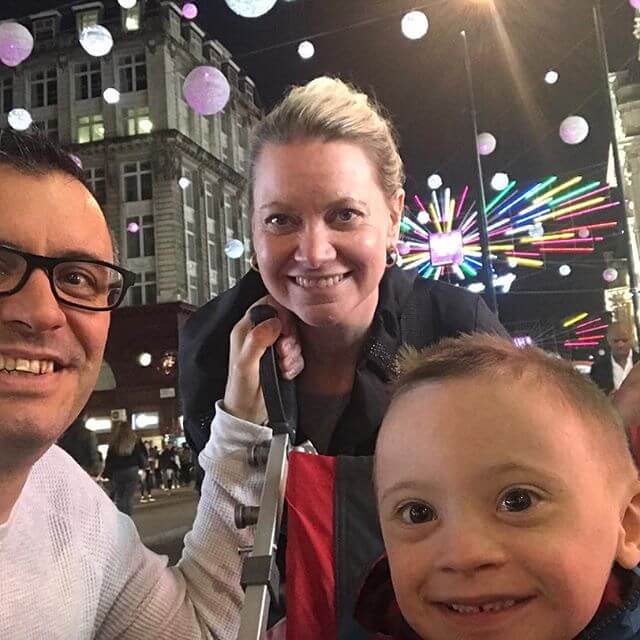 “Now he has such a repertoire of signs it’s unbelievable, it’s to the point where other children are learning it from him,” Stuart said.

Even so, things haven’t been easy for little Riley. Due to his weak muscles, he needed a walker until he was 3-years-old, and as his dad explains, it took him twice the effort to get about.

“With his walking, he has to work twice as hard as anyone else to do what they are doing.”

“When he walks a mile it’s like walking two for anyone else, but his determination to keep going is the one thing we constantly see.”

What’s more, Riley’s ‘never say die’ attitude has resulted in some pretty good things coming his way. He was once suggested to try his hand at modelling, and so learned how to pose for photoshoots via Zebedee Management. It turns out his smile really is something special, for he landed a modelling contract with Mothercare advert in the Jools Oliver Little Bird range. 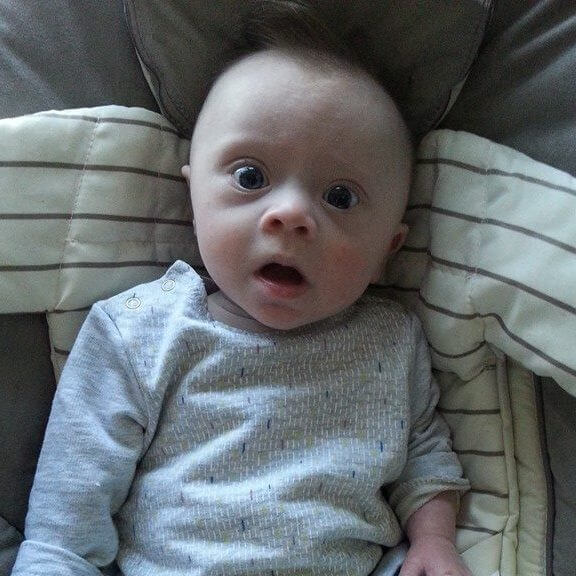 “Now he’s modeling with Zebedee, he loves the camera, you say pose and he will make this little pout followed by sticking his tongue out,” Stuart said.

“After we were told he had Down Syndrome I cried, not for the case that I would love him any less but just knowing how cruel the world can be. That was the first thing that went through my mind but obviously my perceptions were wrong, and wow how wrong I was.

“Riley is getting so much out of life and whenever he accomplishes something it seems that little bit extra special knowing how much harder he had to work for it.”