Stories like the one we are about to tell you are the ones that always warm our hearts. We always want to hear stories that have a happy ending, and this one sure does. Lamont Thomas is a man who last year decided that he would like to adopt. Unlike any other couple or person when wanting to adopt a child, Lamont decided that he would adopt five siblings. The man from Buffalo, New York, had a pretty good reason why he wanted to adopt all the siblings. He said that if he didn’t take them all, they would have been separated by being adopted by different families. 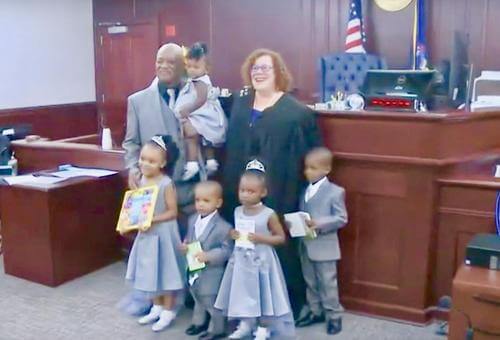 Everyone in the area where Lamont lives knows that he has always wanted to take care of kids. And back in October 2019, he proved that once again when he adopted the five siblings. When the paperwork and everything else got sorted, Lamont became a happy father of 12. Lamont told media after getting out of the courtroom when the adopting papers were finished that the kids were aged 1, 2, 3, 4, and 5. Before this amazing thing that Lamont did, he has been a father to seven other children. For the past 20 years or so, Lamont has fostered more than 10 children. 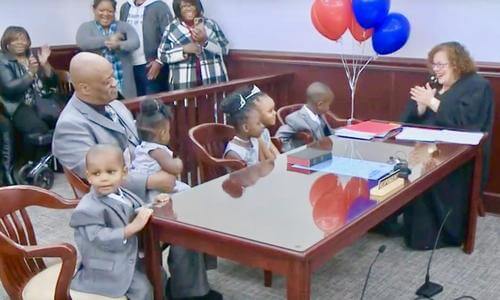 Everything began back in 2000 when Lamont became the foster parent of a child that was his friend’s. Anthony and Monica are the only biological children that Lamont has. Fast forward to 2007, Lamont adopted twins named Germayne and Tremayne. After them, Lamont adopted two more kids named Jaime and German. After he adopted those four children, Lamont realized that he had to adopt the first child that he had to take care of, Michael. 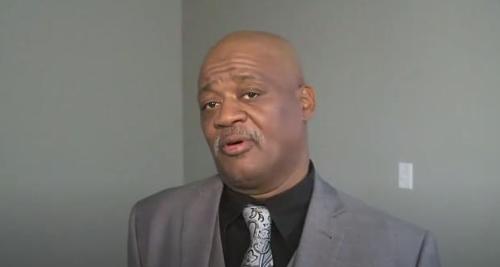 Lamont has said that he has never said no to a kid. He is either adopting them, helps them grow up, and tries to start their own life. Or they live with him until their real family wants them back.

As we said, all of the kids, Zendaya, who is 5, Jamal who is 4, Nakia who is 3, Major who is 2 and Michaela who is 1, were all in different homes, across the country. When Lamont found out about this, he felt heartbroken and was worried that they would grow up away from each other.

Lamont has said that they keep him busy, and having them at home feels right. What is now left to do is start enjoying the days ahead. Lamont wants his story to be heard, so more couples or single people start adopting children.