It must be hard with parents to deal with an autistic child. I had a friend who had ADHD and it was really hard for me and his mother deal with him. He would always scream and shout if his requests weren’t fulfilled and if you would criticize him, well too bad for you because you had to deal with a couple of hours long storm from his mouth. Imagine the stress that parents go when they have an autistic child and they have to go on a flight with him. 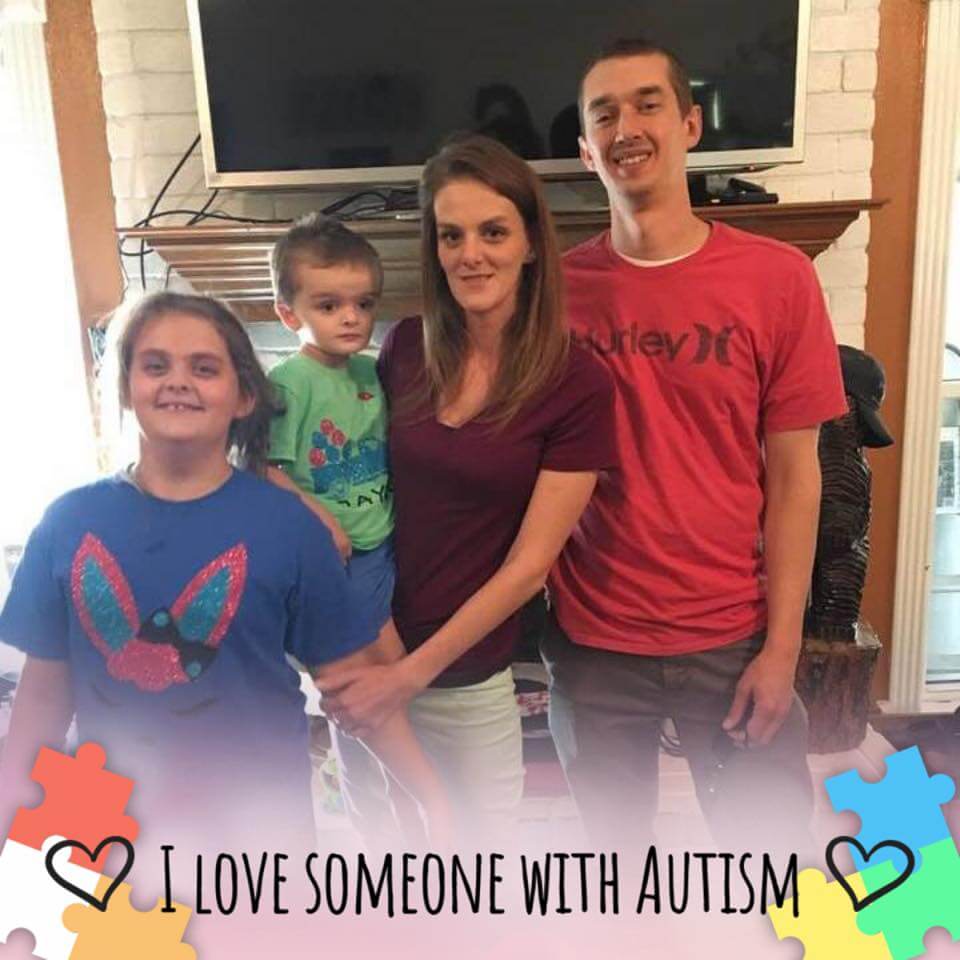 A mother struggled quite a bit before her flight as she had her autistic child with her. Braysen is a five-year-old who suffers from autism so on a situation such as a plane flight, he finds it very difficult to stay put especially when the seatbelt sign is on. So when his mother Gabriel was trying to get him to stay quiet during their flight with United Airlines, he started shouting as loud as he could and escaped from the hands of his mother. He went to the first class and started messing around with the passengers. 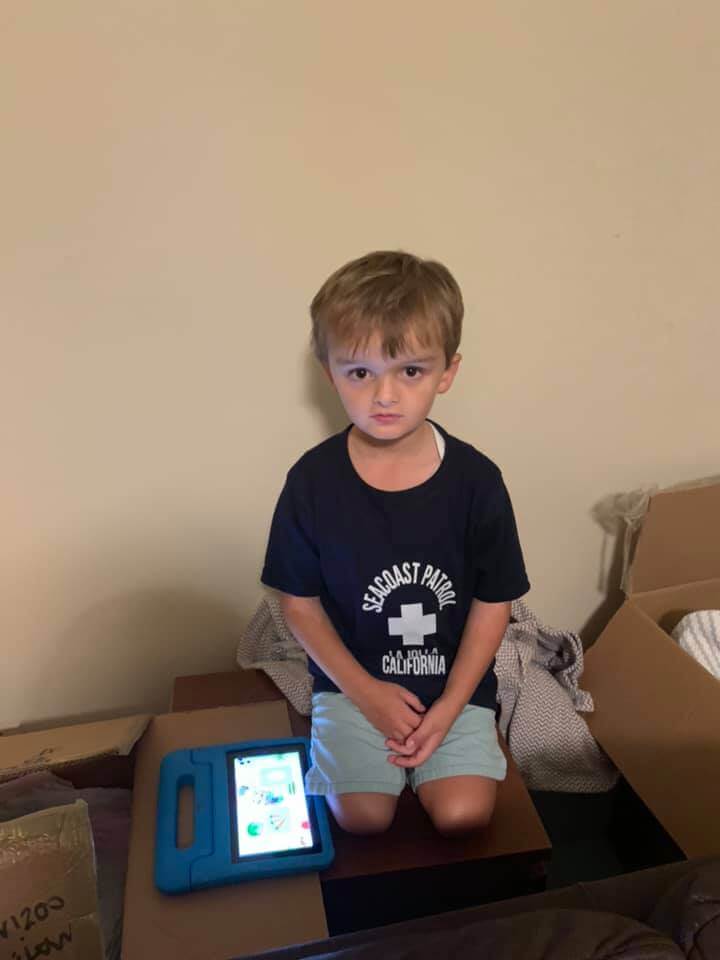 His mother went there trying to keep him from disturbing others and concerned that they would be kicked out of the plane. But a flight attendant came and told the mother that the child can sit wherever he likes after the seatbelt sign goes off. So once the mother told Braysen that his wish of sitting on the floor of the first-class would be fulfilled, he calmed down until the seatbelt sign went off. Then went to the first class and sat down on the floor. The flight attendant gave him a blanket and she stayed quiet for the whole flight. The mother got a motivational note from someone telling her to be strong. Thankful to all the people that helped her, she posted the note on Facebook and the photo got viral. Keep your head up Gabriel. 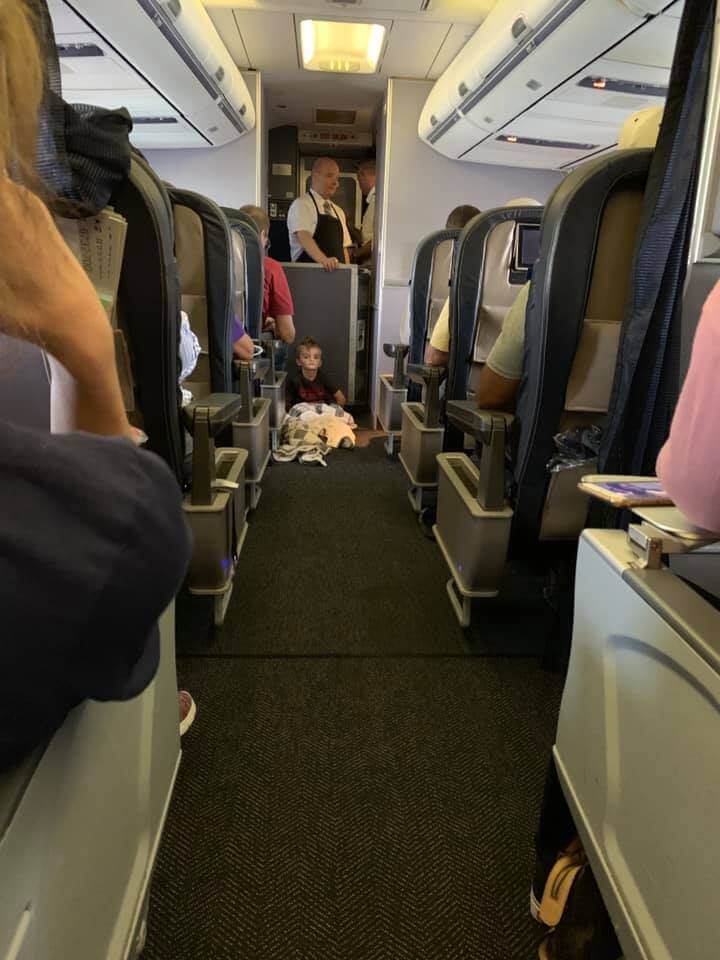 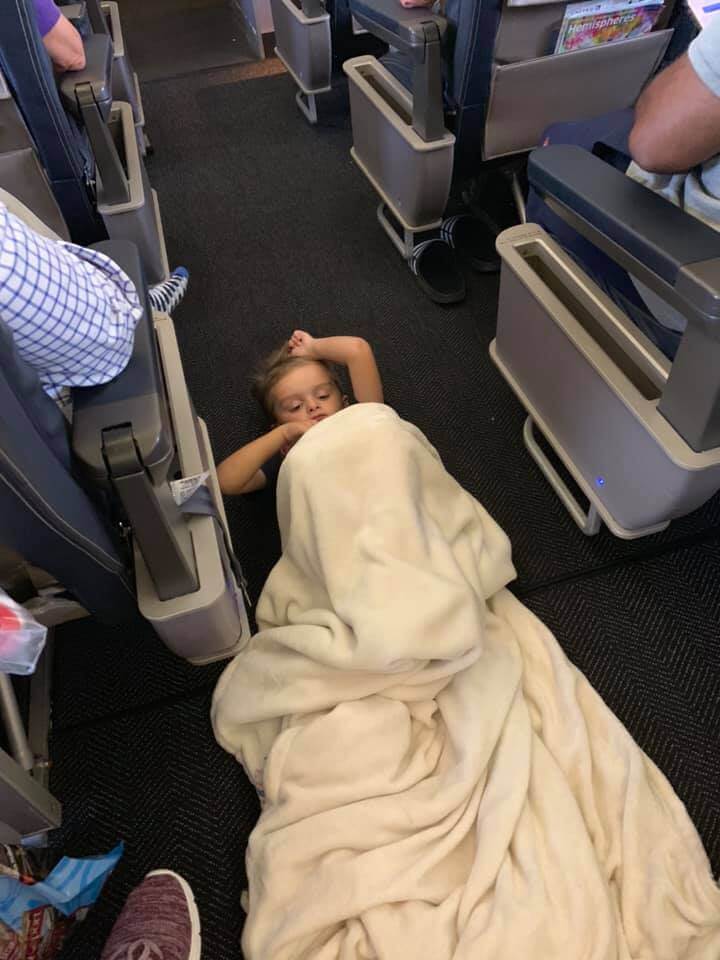 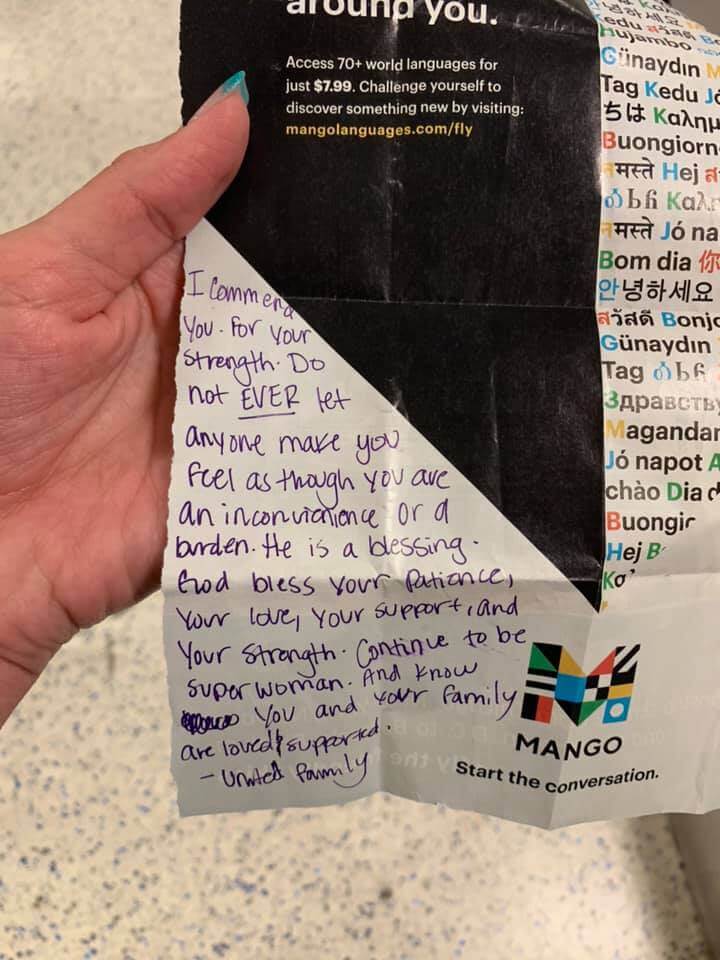 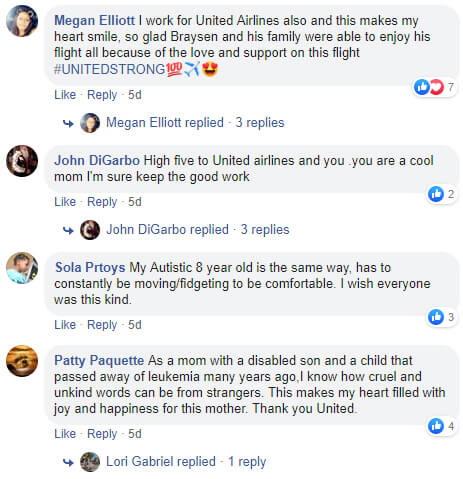