A new trend or movement, as some call it, has starting to pop up in different parts of the country where people are beginning to live in tiny-house communities. One family that lives in Kentucky now have a tiny-house for every member of the family. Keli and Ryan Brinks live in one of the houses, their son Brodey who is 16-years old lives in his own 160-square-foot home and also their daughter Lennox who is 18-years-old has her own tiny house next to her brother’s. All in all, they have six small houses that make one little community, and their goal is to live a more sustainable life. 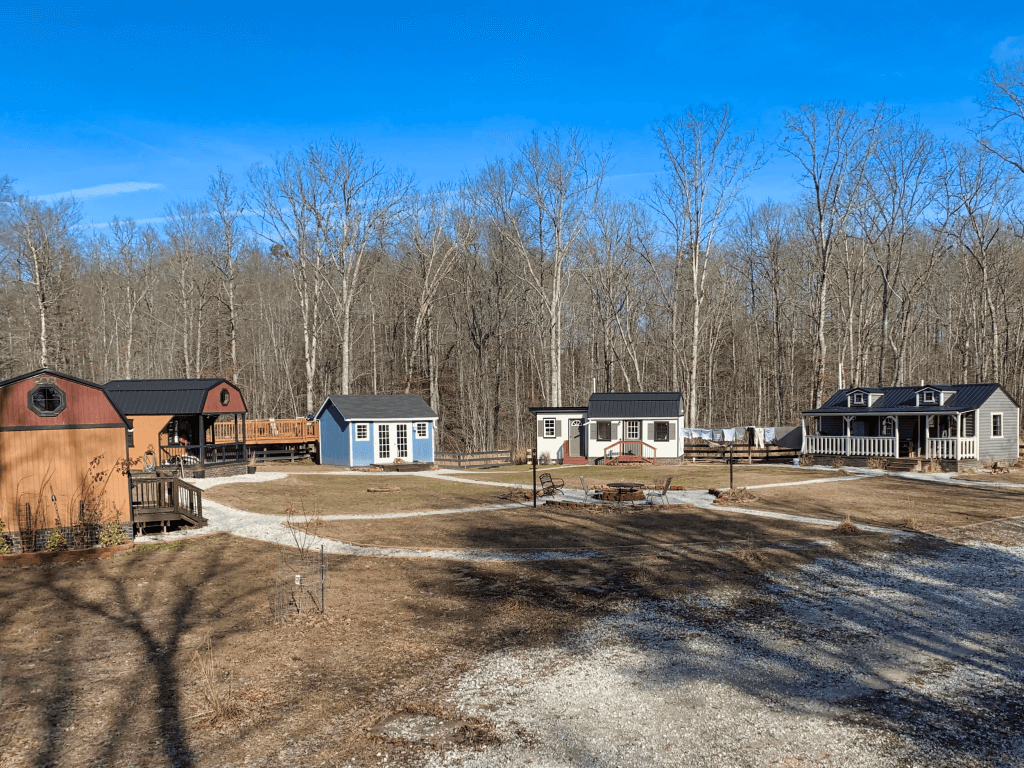 This all began when the family, who was living in a 2,200-square-foot home in Michigan, wanted to move and start to live a more sustainable life. They began to search for a new home, and they stumbled upon the tiny-house movement. They fell in love with the idea immediately, because tiny houses produce less waste, they don’t require much heating and in general, are more environmentally friendly. Ryan at first wanted the whole family to move in a small cabin, but Keli and especially the kids, wanted to have a tiny house of their own. Quickly Ryan was on board as well, and they bought tiny houses for each member of the family. 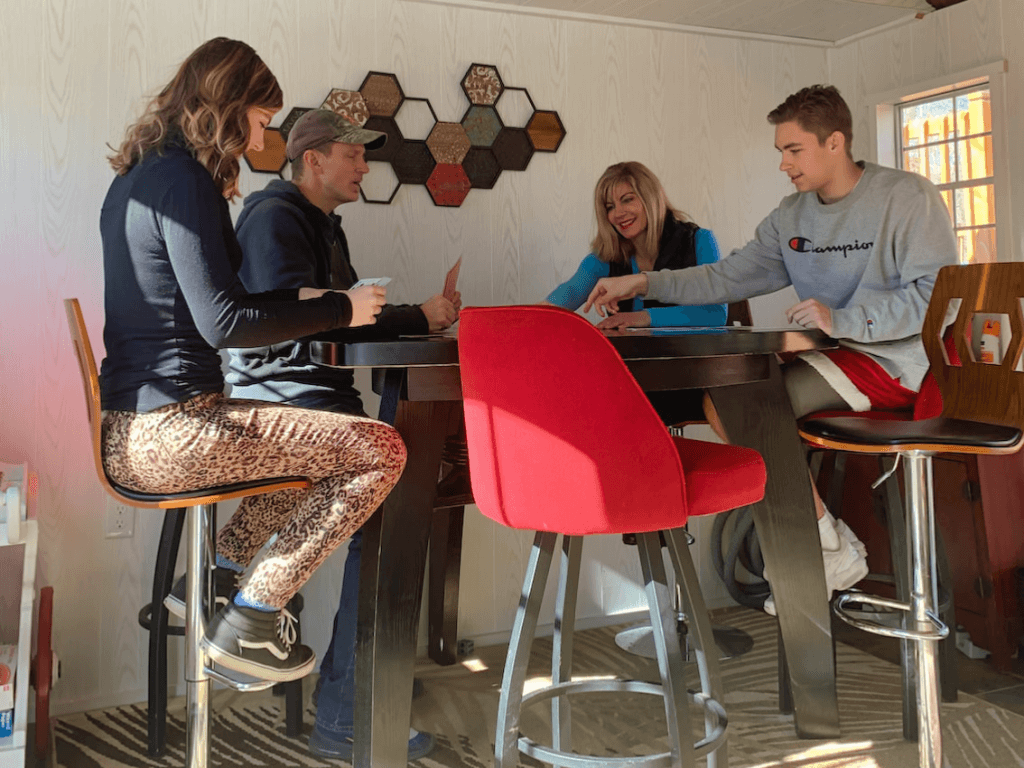 After they decided they wanted to move, they bought a 21-acre piece of land in London, Kentucky, for around 60 000 dollars. They chose London, Kentucky, because the area there was way cheaper, and that city had fewer restrictions. They were going to be further away from the rest of their family, but it was the better option. When they bought the land, they spend 20 000 dollars on the tiny houses and placed them on the land, making a little private village.

The first tiny house at the property is Ryan and Keli’s home that stands on 280 square feet. It is the biggest house of the bunch, and the most expensive, costing them 9 000 dollars. It is the biggest because they asked for extra windows to be put on it, they also wanted dormers put on the roof area, and wanted to place a door at the back of the house. 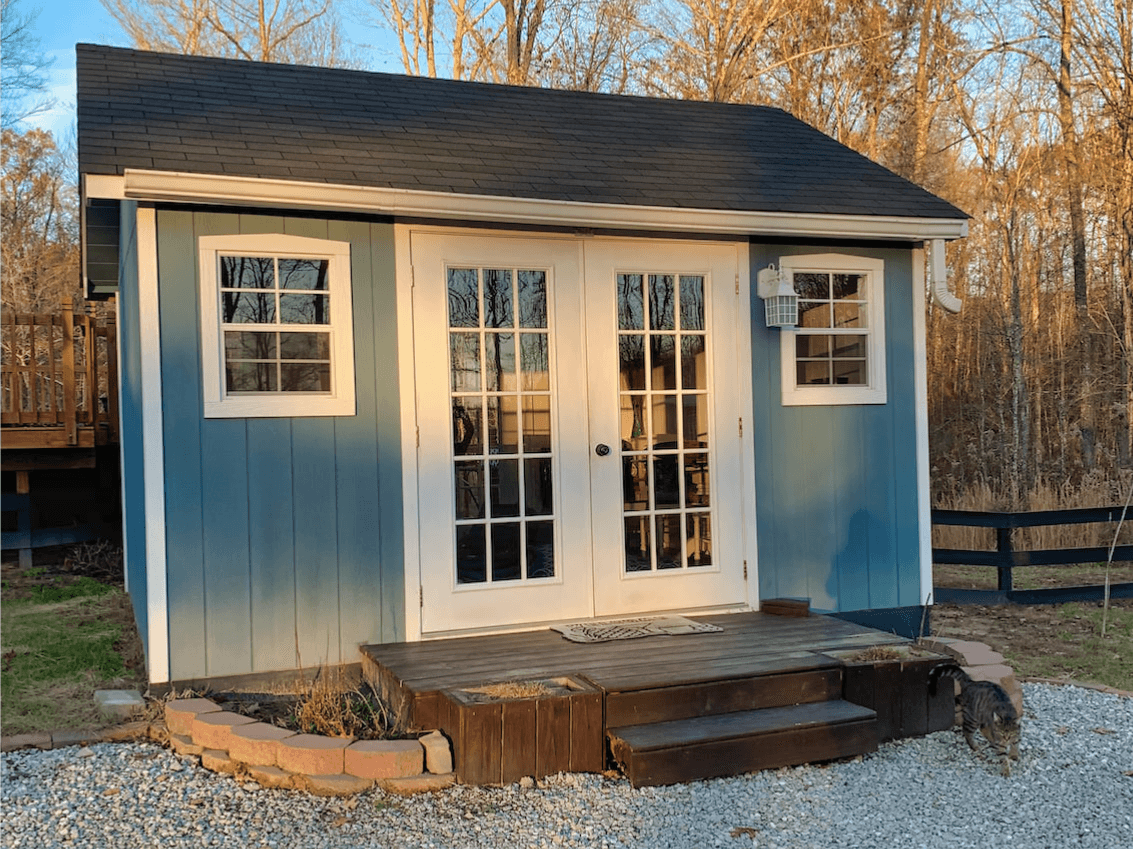 When you go inside the house, you can walk into the living room and see that the ceilings are vaulted and arched, that way it gives a feeling that there is more space. When you walk into the kitchen, you can see that they have every appliance an average house would have. But next to the refrigerator, there is a ladder that when you climb it, you will be in the bedroom. On the other side of the bedroom, there is a fully-functional bathroom with a big bathtub.

Next to the couple’s house, there is a tiny house that has been made into two bathrooms. Because their kids don’t have toilets in their houses, they have to walk outside and go to their bathroom if they want to use it or take a shower. Lennox has said that it isn’t that bad, and when the weather is cold, or it is raining outside, she would just put a jacket on and run over to her bathroom. In that same house, they have put a small bedroom, which, if they have friends or family over, they can sleep separately. 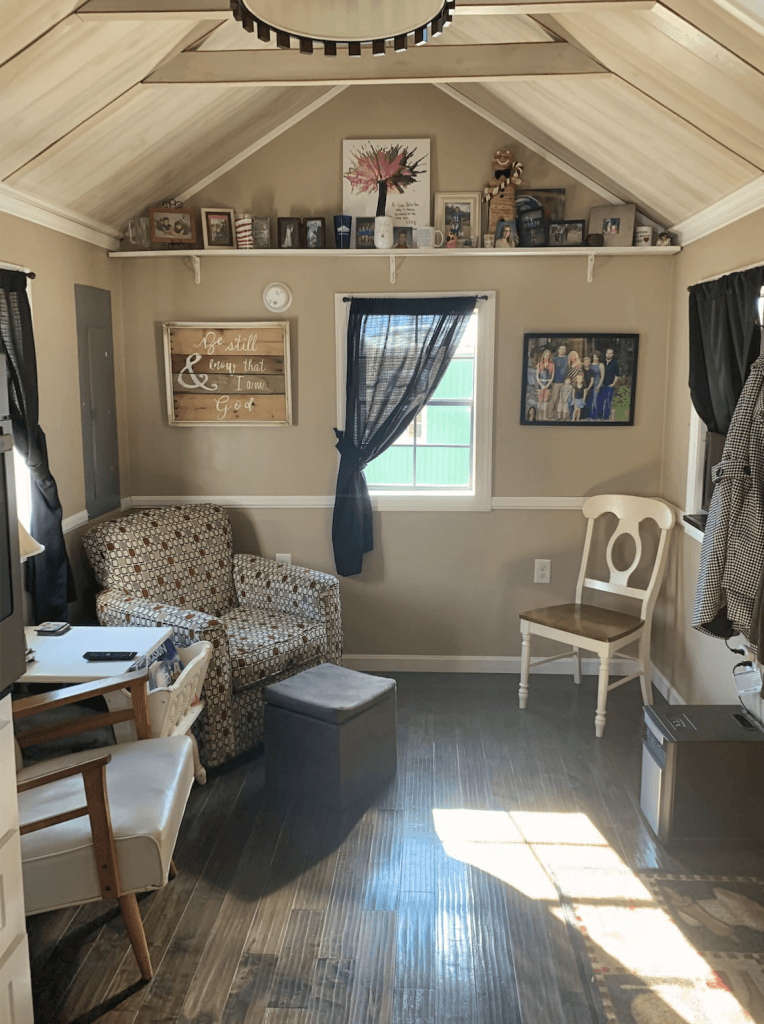 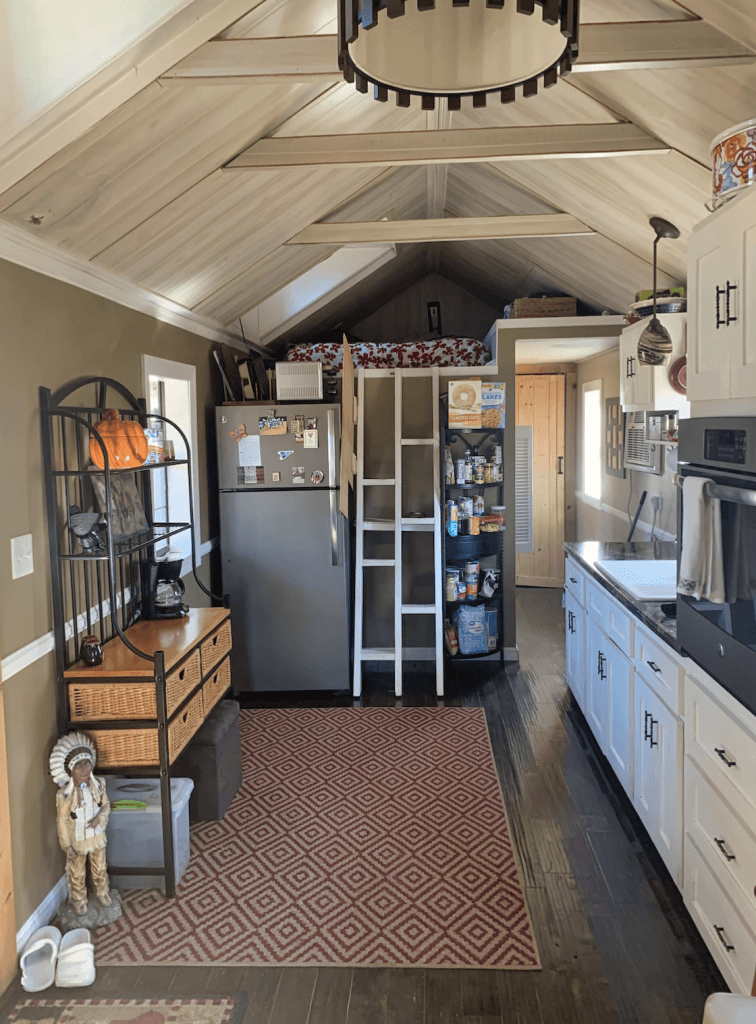 Brodey, who is only 16, has his own tiny 160-square-feet house that is next to the pool house. The small home looks like a tiny cabin with a big porch upfront. Lennox, his sister, had said that when the parents were out choosing the designs for the houses, Brodey picked the one with the big porch upfront. At Brodey’s house, the ground floor is where he has a small living room, and up in the loft is where he has his king-sized bed. He wanted it that way, so when his friends come over, they would have space to hang out. 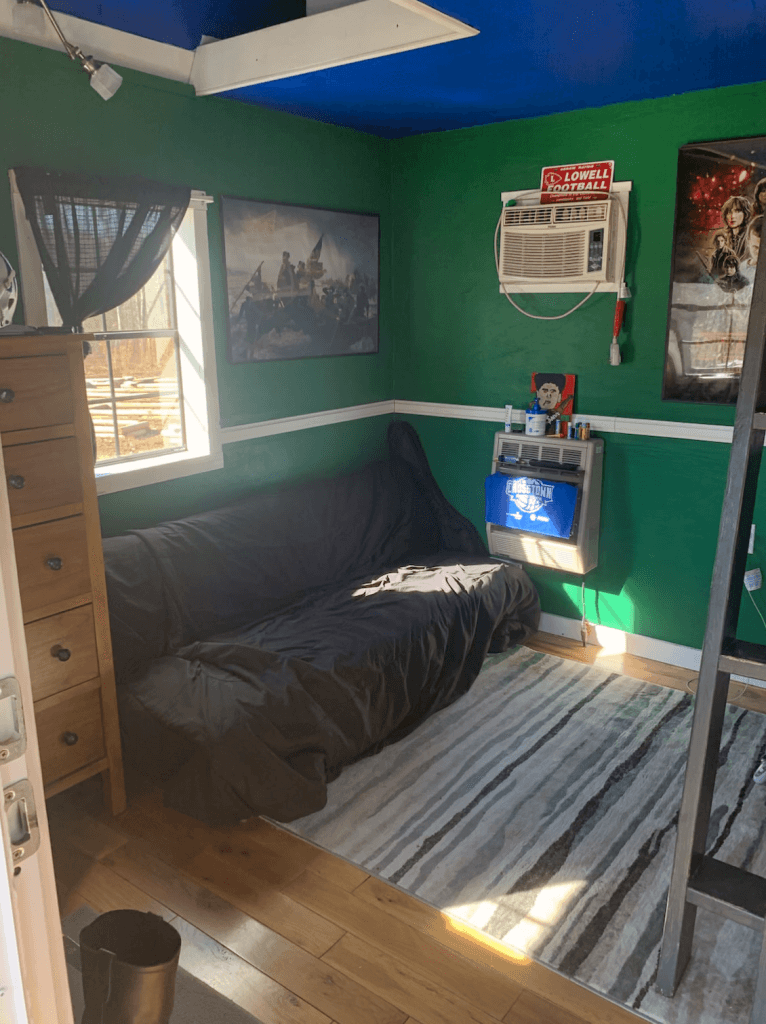 Lennox’s house is right next to her brother’s house. Her mother had said that when the family went to the builders to choose their design for their houses, Lennox picked a barn design. She only changed the normal barn door to a regular house front door. Like her brother’s ground floor, Lennox also has a sofa, TV, and her dresser is also down there. Up in the loft, she has put her bed where she sleeps at night. Not so long ago, Lennox started going to college, so she is not living full-time in her tiny house. But when she returns for the weekends, you can find her there. 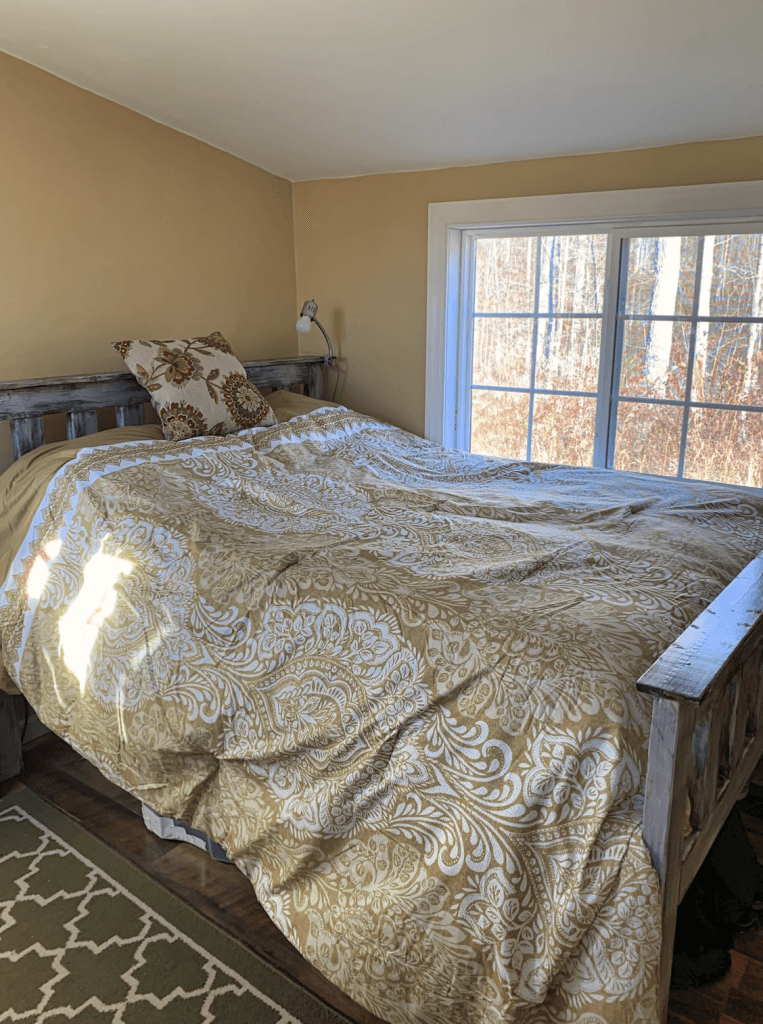 Almost every friend that Lennox has said that they find it weird that she and her brother don’t live in the same house as their parents. But they often get jealous of the privacy that she has all the time.

To Lennox and her family, it hasn’t been weird at all. They had said that it is similar to before when they all lived together in a big house. When they were at the old house, Keli has said that her kids would stay in their rooms most of the time and would come downstairs to have some snacks and for breakfast, lunch, and dinner. Now, rather than coming downstairs, they go out of their house and visit their parents’ house to have their meals. Lennox even said that she likes being in her own house and enjoys the independence. Not bothering her parents with loud music or when she has friends over, they can enjoy themselves without ever worrying how loud they are. 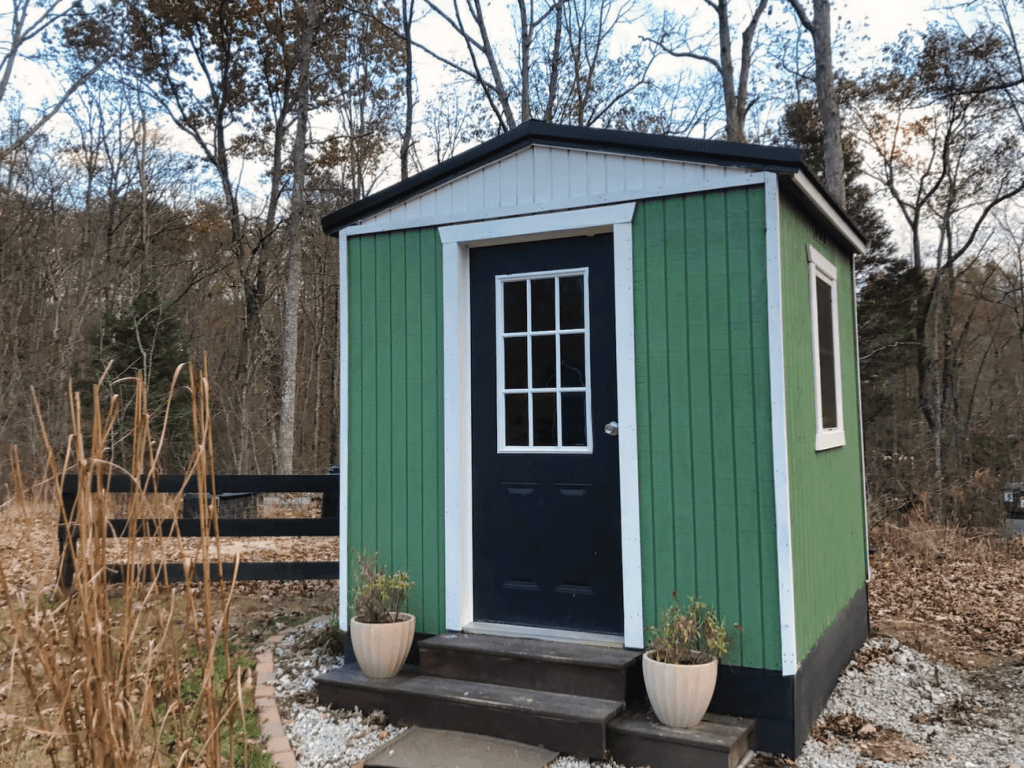 One of the smallest houses on their land is a tiny 64-square-foot house that they use as an office. Keli and Ryan work multiple jobs and sometimes use this house to get work done when they are home. They have said that they pay around 200 dollars for utilities, which is way less then what they paid in their old house.

At their property, they also have a small barn, a chicken coop, and a small area that is fenced to keep the goat that they have. 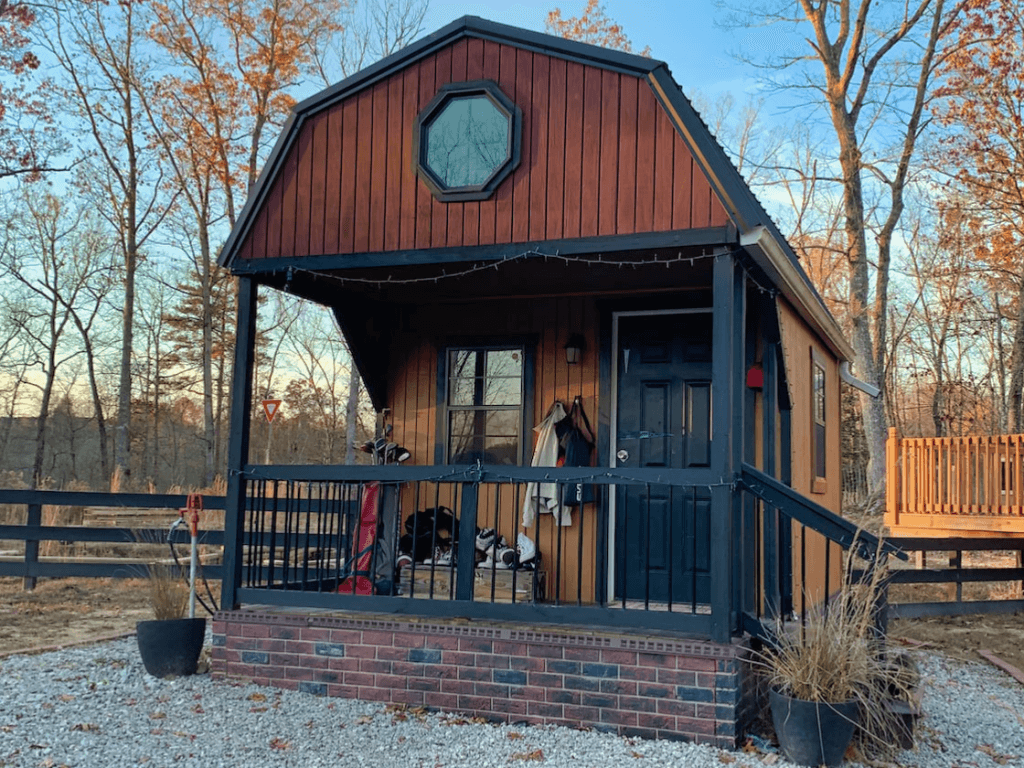 Keli has said that it is impressive how little energy they use because the houses can heat or cool down depending if it is summer or winter. For a whole week, they fill up just one bag of trash. They have invented a rule that everyone follows called RRRR, which means refuse, reduce, reuse, and recycle. Every time they go to the grocery store, they refuse to take plastic bags, they compost every piece of food or meal they have, and the leftovers that they have they give to the chickens or the goat. Whenever they can, they try to recycle everything that can be recycled. 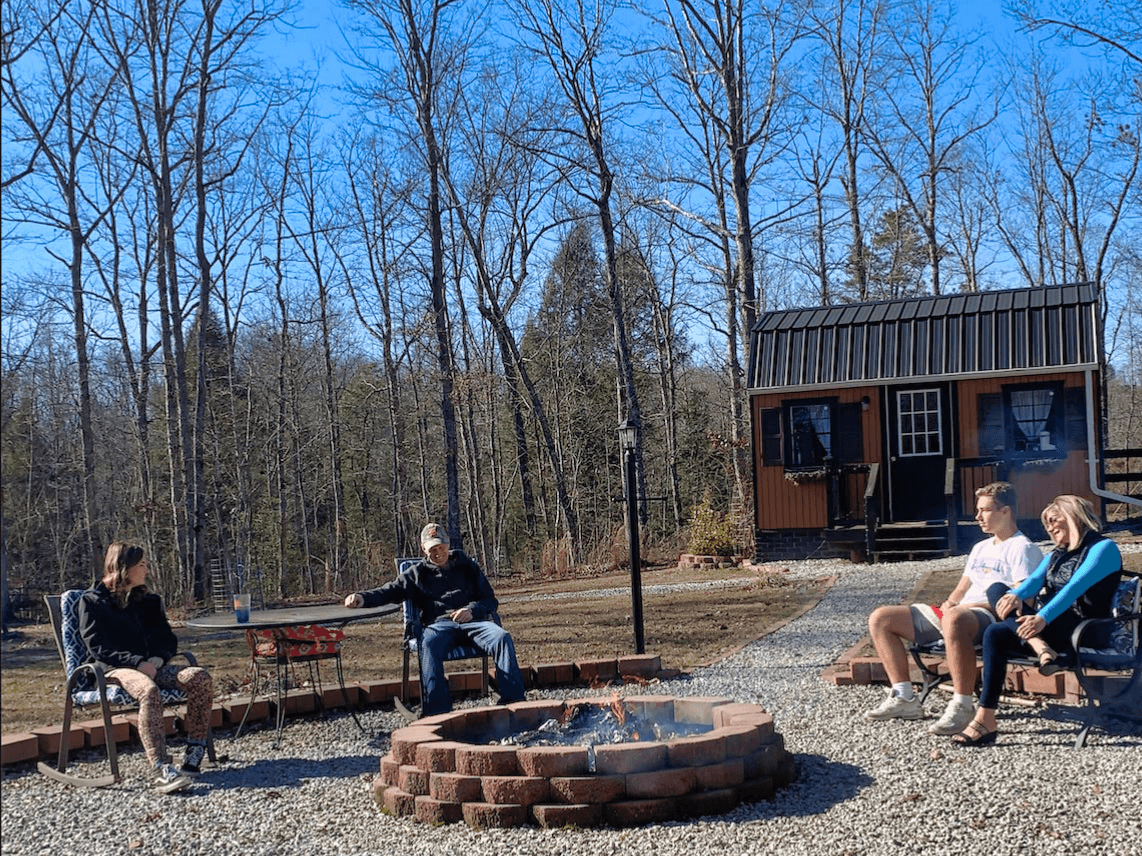 Keli has said that she couldn’t be happier of the decision that they made to move into these tiny-houses. Ultimately, this can teach her children how to live life more sustainably. Every member of the family can’t imagine living somewhere else and thinks that everyone should try out what they are doing now.