Some people are so lucky that to even say they have the luck of an Irish is not good enough. They are just so blessed to have things happen to them that is almost astonishing. Maybe it has something to do with karma or maybe it is just the Universe or God testing how people will react in different situations, but the amount of luck that some people have in this life, it is ridiculous. Like Stu MacDonald who has survived cancer twice and then, he won the lottery more than 2 million dollars.

I don’t know if he went to some special place that blessed him or someone gave him a lucky charm but damn. People that get cancer, over, way over 50% die. And people who get cancer twice, have no chance. But Stu, Stu survived both of them with a very slim chance to live he went against all odds and challenged death. That is God’s work right there. Being able to change circumstances in a very beautiful and miraculous way, that whenever things seem hopeless, they turn around into something you never expected. 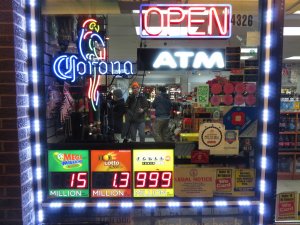 Then MacDonald went on to buy a lottery ticket and he wins more than 2 million dollars and nearly $1.5 million without tax. That is absolutely insane. It is like God tested his spirit through cancer and he is now giving him the reward for the endurance but at the same time another test. Because here you can tell whether a person like Stu will stay the same or let money change him for bad.