To the football fans, it is no news to us all that the teams that will be in the two European cups finals are all English teams. Wow, isn’t that exciting? What a way to break a record. This is the first time in history that this will be happening. These football clubs have not only brought honour to their own names but also to the English football federation at large. So, when they are recalling history and they make mention of this, they will be able to raise their heads up high and claim the honour. The English clubs that made this ground breaking record are Liverpool and Tottenham, who are to face themselves in the UEFA champion’s league final. Also Arsenal and Chelsea who are to face themselves in the UEFA Europa league final. Wow, this is wonderful.

Brilliant from Lacazette, and a clinical finish 🙌 pic.twitter.com/fzhsHdwtvZ

Arsenal reached the Europa league final, sweeping aside Valencia at the semi-finals both home and away producing an aggregate score of 7-3. This was aided by Pierre-Emerick Aubameyang’s hat-trick. His celebration said it all. They will face London rivals Chelsea in the final. The Blues sent Eintracht-Frankfurt packing on penalties at the Bridge. It was a tension filled moment as the Germans made it tough for the Blues. This means that the two clubs will face each other in the final of the Europa league on 29 May at the Olympic Stadium in Baku, Azerbaijan. 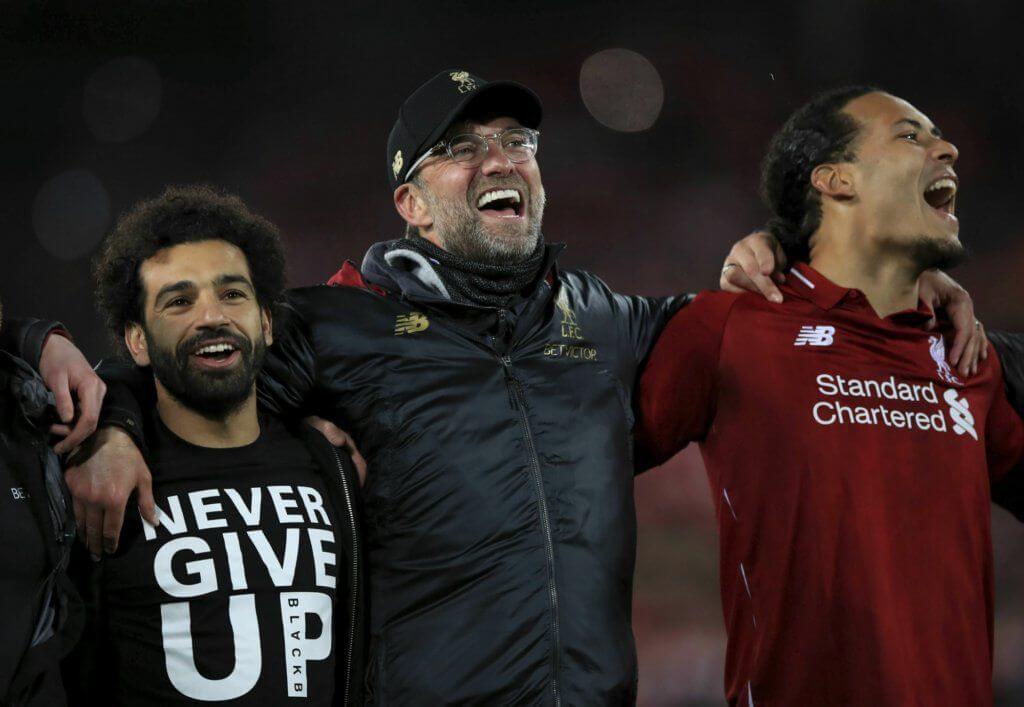 On the other hand, Liverpool will take on Tottenham Hotspur in the champions’ league final on 1 June at the Estadio Metropolitano in north-east Madrid, Spain. The all-English Champions league final looked extremely unlikely at various points over the course of the last two days though. Liverpool had to overturn a three-goal deficit at Anfield to knock out La Liga champions Barcelona, progressing to the final with stunning 4-3 aggregate victory. Tottenham also had a miraculous victory against Ajax with a stunning hat-trick from Lucas Moura, who scored the third in the 96th minute of the game to send Spurs through on away goals.

All fingers are crossed and awaiting the two glorious outcomes. We all know that whatever the outcome might be, we are sure that both cups are coming to England.