As people have heart-breaking stories and fatalities they have to overcome in life, so do animals.

Just like this sad story of this koala and his mother that has previously left the internet in tears. They were found by rescuers crying for help and in pain after they have fatally fallen off of a tree. 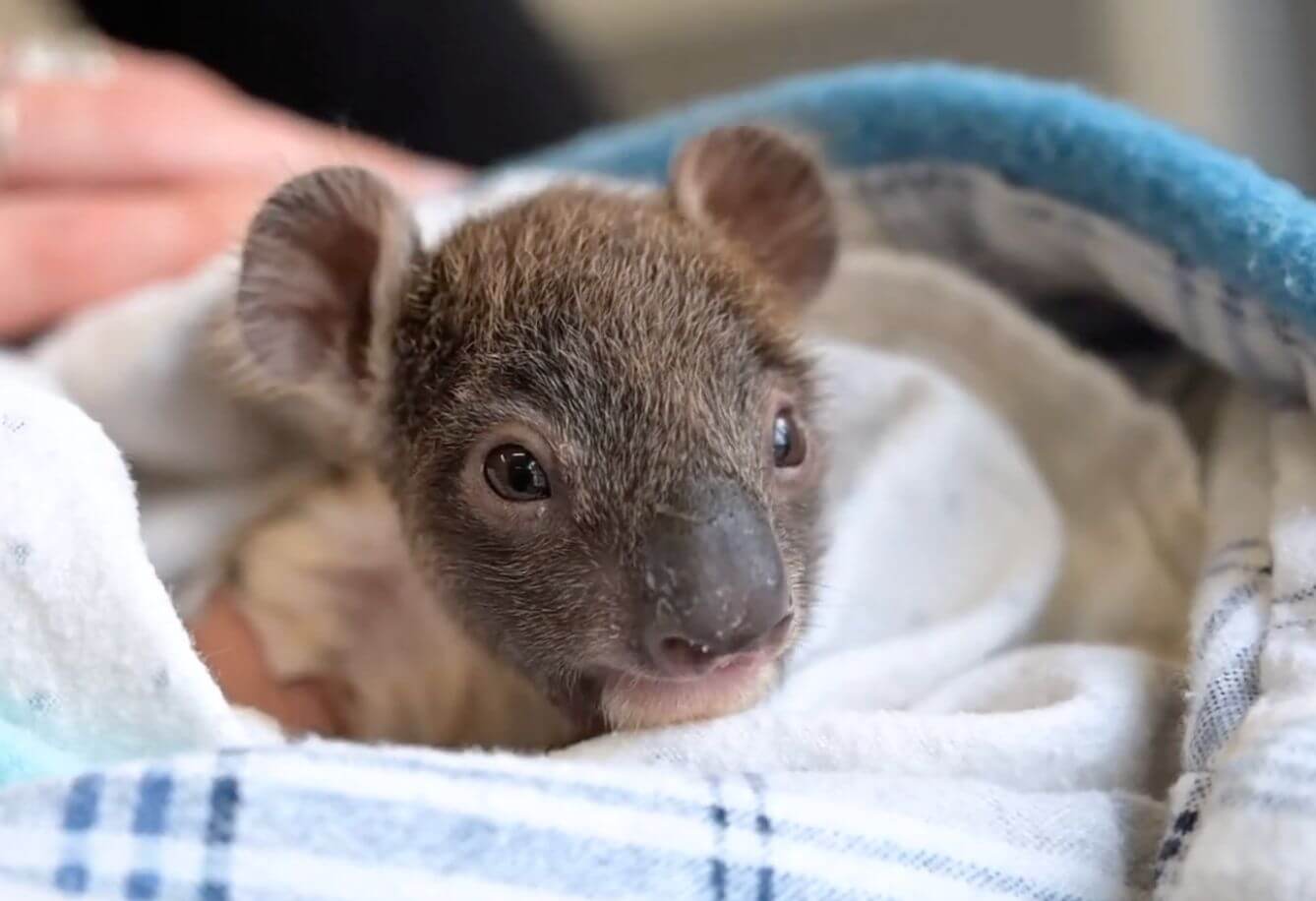 They were both sent to an animal medical center to be taken care of but unfortunately, it seemed that the mother koala could not make it and sadly passed away.

Sad enough there was another concern that the medical staff had, and that was the well-being of the baby koala. They discovered that the baby was no more than 150 days old. 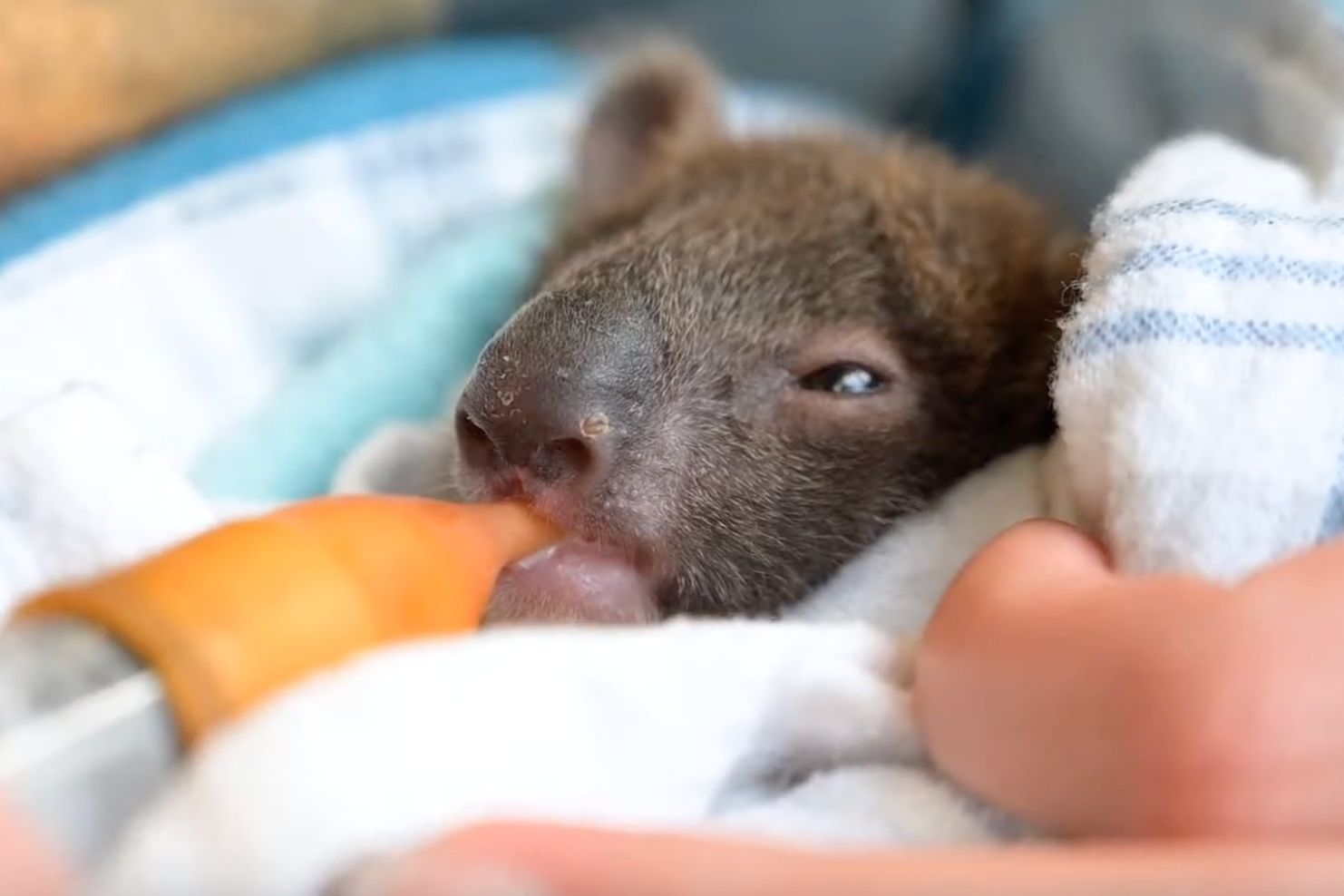 At that sensitive age, the baby koala should usually stay inside the mother’s pouch right until when they are about 6 months old. So it would be rather of a big challenge to take care of this tiny koala that had become an orphan.

Another thing was that this poor thing had also broken one of his limbs due to falling off of the tree. So the medical staff decided to put an arm cast to help the koala’s arm heal. The koala was so tiny the cast that was made for him was less than the thickness of our finger.

As days passed medical staff saw that even though the koala was probably too small to understand what was happening, he still showed signs of missing his mother.

Since humans cannot give him the same affection that his own kind can, they decided to give him an adult-sized stuffed koala toy. 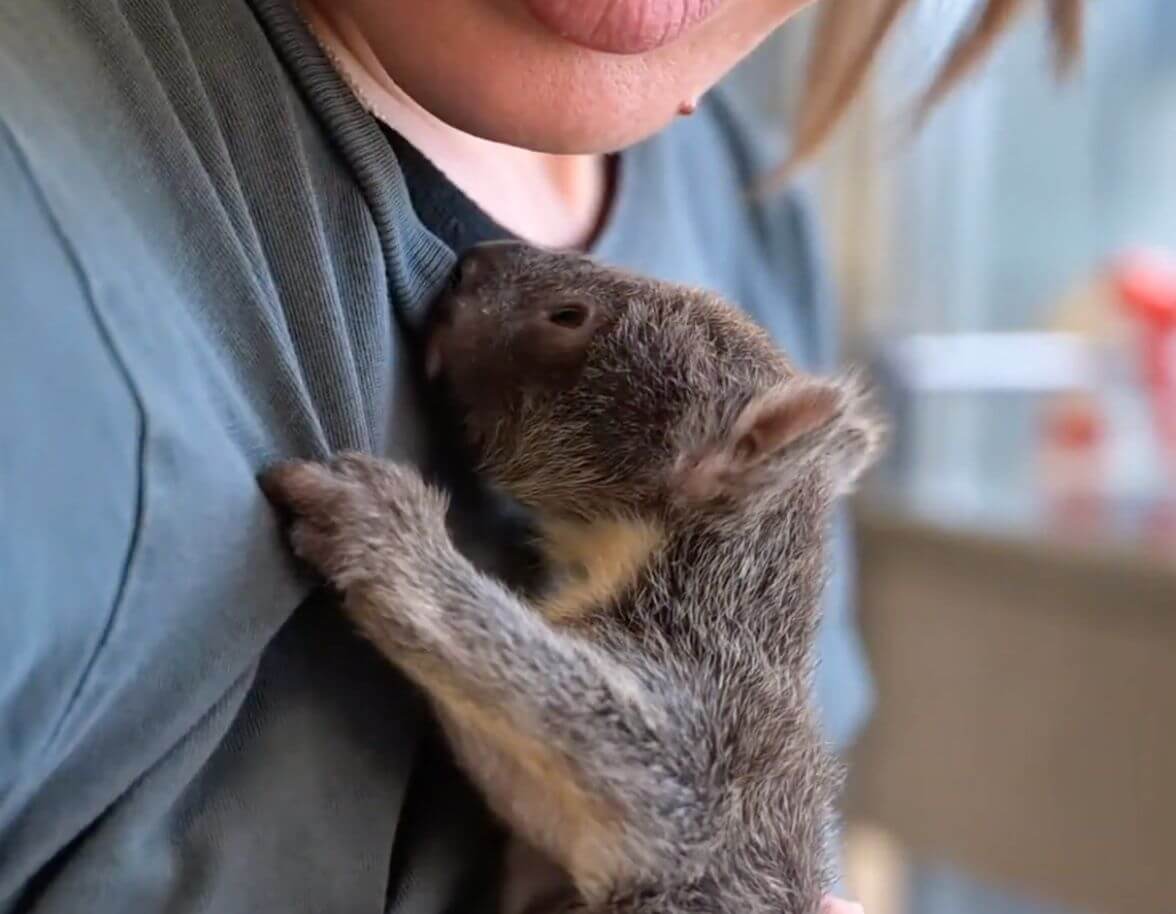 As soon as the baby got a hold of it, he just hugged it like it was his own mother. The happening was so heart-wrenching that it put thousands of internet viewers with tissues under their eyes.

The only thing that was left to do now is taking care of the koala’s health and pray that it would not give up on life due to lack of affection from his own kind. 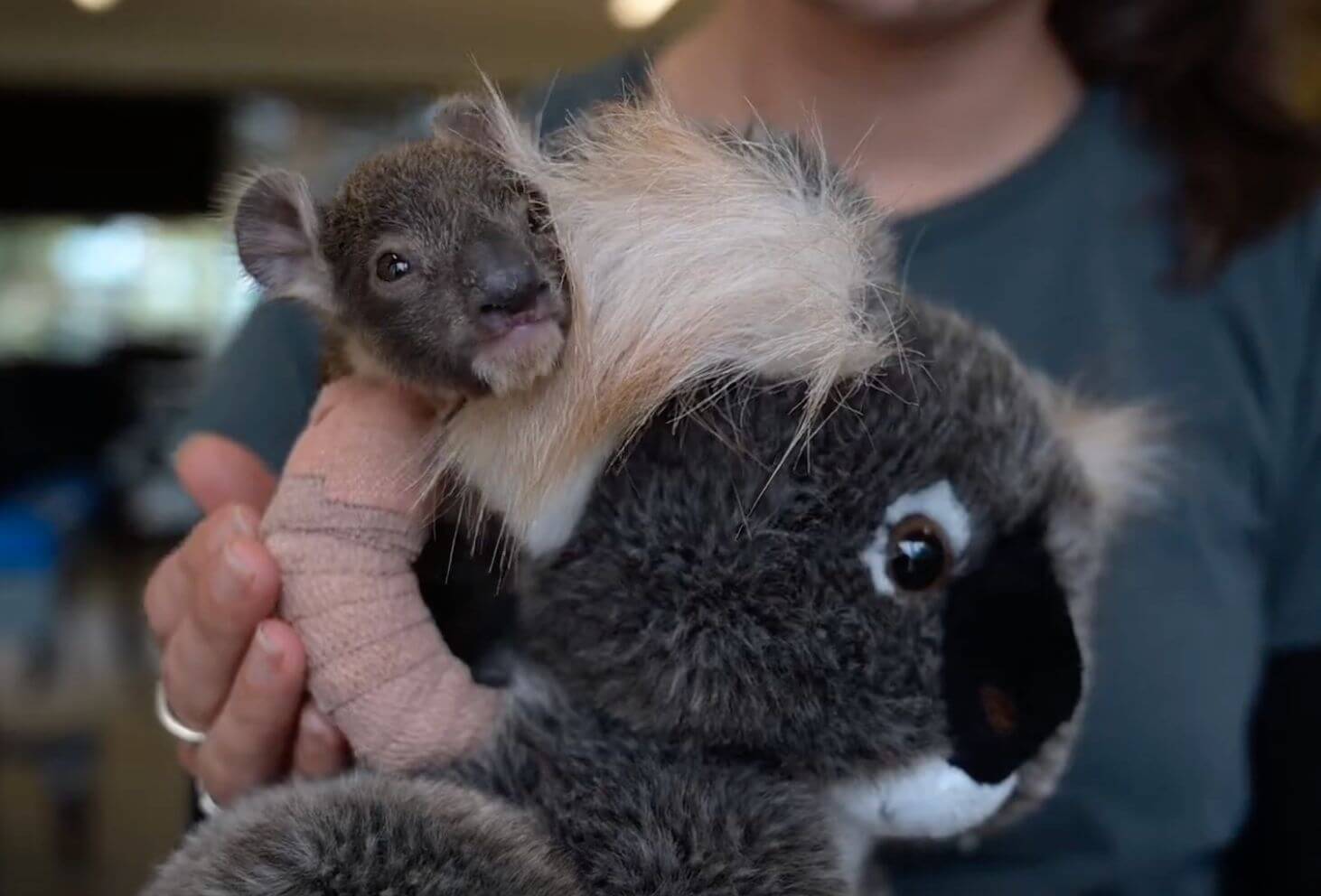 Time passed and thankfully the koala had become better and was coping pretty well with what had happened to his life. Now medical staff is trying to train the koala to live in the wild on its own.

And hopefully, one day when he is big enough, he will be set free back in the wild to live his life normally. The only thing that is left to hope for until then is that he won’t fall off from any other trees again.